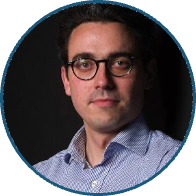 Henri – CEO & co-founder
After a first experience in investment banking, Henri founded his first company at the age of 27, in financial services focused on the tech industry. He grew it to a few millions in revenues and tens of employees and subsequently sold it in 2018. He then joined Benoit to co-found Infrascreen in 2019. He is particularly in charge of the Company’s administration: including sales, financing, HR, etc. 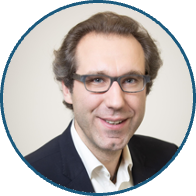 ​Benoit – CTO and co-founder
Benoit is an engineer who founded a first startup in the greenhouse technology right after the end of his studies. The company, Combagroup, a Swiss specialist in mobile aeroponics production system for lettuce, became a leader in its field and he sold it in 2018. He later identified the opportunity that would be the basis of Infrascreen and partnered with the CSEM to develop the core of the technology. Henri joined him in 2019 to co-found the company. 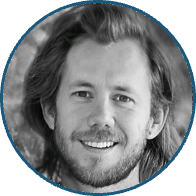 ​
André – Project Manager R&D
André has an interdisciplinary technical background; after a master's degree at EPFL, he completed a thesis at EPFL combining optical modelling, daylighting, building physics, thin film deposition and micro fabrication. This research resulted in a patent and a PoC for a daylighting film for windows. He joined BASF to bring the technology from the lab to pilot production. André joined Infrascreen in November 2021, works on production issues and the R&D of the next Infrascreen products. 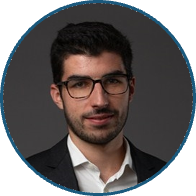 ​Charles – Project Manager finance & operations
Charles has a dual profile, as an industrial engineer through his studies at Arts et Métiers and EPFL, and as a strategy consultant through his two years at the Boston Consulting Group (BCG). He has worked extensively on business strategy issues (e.g., market entry, growth strategy, pricing, new product launch, M&A). Charles joined Infrascreen in November 2021, he works on the various financial and operational topics at Infrascreen.